It took about a week of picking them up and putting them back down again, but I finally finished up my Protectorate Zealots. 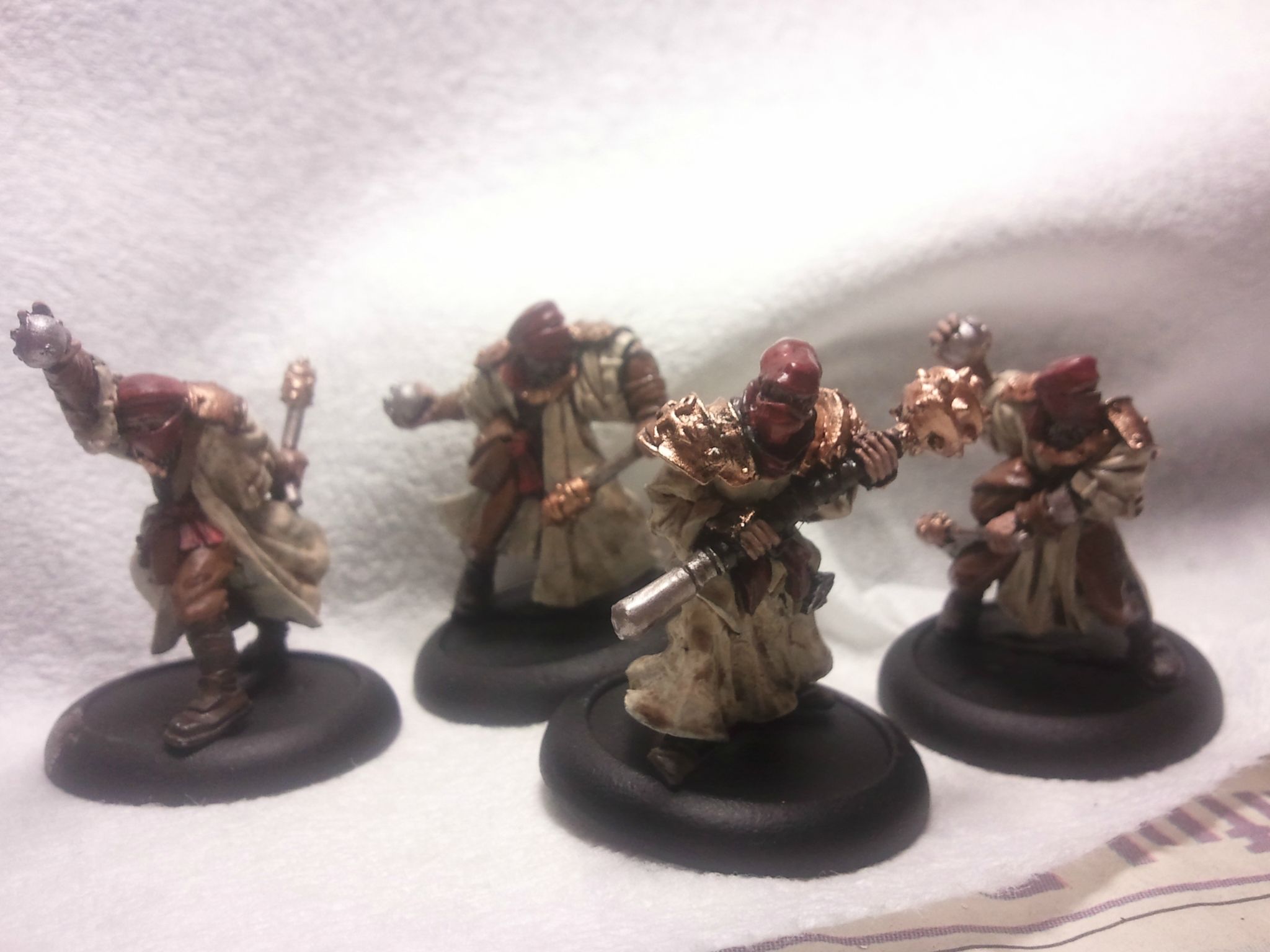 These guys are one of my favorite units in the faction by fluff and by their use. They’re the most Taliban-ward unit on the Taliban-Vatican scale that all the Protectorate units fit within, and they’re a pretty useful suicide unit. That’s made even more fun by the fact that sacrificing units is a cornerstone of some ways to play Protectorate, so you’ve got units where individual models become more effective as members of their unit die, or you have other units that can be helped by other units dying nearby them. The Zealots are decidedly more the latter in that getting a full unit of them close enough to cohesively fire on one unit guarantees two things: 1) that target and anything nearby it is going to take a pounding, and 2) those Zealots are almost certainly all doomed the next round. That can be great though, because dying for the glory of Menoth is second only to killing for it.

← Support My Local Games Store.
Here’s a picture of Gilbert. →