The Acts of the Lords of Rannick, XVIII

After recovering from their time in the fey realm and spending a summer engaged in activities of various worth and toil, the party members had an invitation from the town of Sandpoint to attend their Goblin Day Festival.
The Goblin Day Festival marked the one year anniversary of the raid by the combined forces of the area’s goblin tribes, thwarted in no small part because of the heroism of Lonny, Dagfinn and Kerplak. Aaah, were we ever so young? Drawn by the festival to consecrate the completion of Sandpoint’s new Cathedral, Lil Dagfinn, Lil Lonny and Liller Kerplak had been mere striplings, leaping into the fray as the raiding goblins ran through the streets, slaughtering animals, setting fire to buildings and trying to eat children to the refrain of “We be goblins, you be food!”. In the process, they became town heroes, slapped on the back and toasted over drinks.
Later, they thwarted a second goblin incursion into the town, tracked down their base of operations and put an end to the tribal alliance for good. Then they solved a string of vicious murders in Sandpoint and beyond. So the townspeople think of the party as people to whom they owe a great deal. Plus they took Baaz away with them, and an intense young half-orc who can punch through walls tends to make people nervous.
The town’s gratitude is focused on that first moment because given how badly the whole thing could have gone, it really went very well.

They arrived the day prior to the festival and after being accommodated or finding accommodation, they were treated to a lovely dinner with the town’s elite; Titus Scarnetti, Ethram Valdemar, Ameiko Kaijitsu, Kendra and Gaven Deverin, the good Father Zantus and town’s artistic luminary Cyrus Drokkar. A lovely evening was had by all and Lonny earnestly set about building contacts to assist with the development of Fort Rannick. Lonny was the guest of Ms. Kaijitsu, so retired to her mansion while everyone else went back to their lodgings, happy and full of good food.
On the day of the Festival, the town was bustling with stalls, vendors, entertainers and games of chance all getting into place for the start of the festivities following the Goblin Day parade. From their podium, Lonny, Kerplak and Dagfinn were treated to a procession of all of Sandpoint and the surrounding area’s children parading by. All the youngest children were dressed as goblins, with handmade goblin masks and scrap costumes and the capered around and waved sharpened sticks at the adult onlookers. They were herded along by older kids who were dressed as either Lonny (mask with a beard attached), Dagfinn (handsome mask) and Kerplak (always the shorter kid, with a mustache and hat) who made great play of chasing the goblins away from whoever they were threatening at the time.
After the parade had assembled in the market square, Mayor Deverin said a few words, then Dagfinn mentioned that he hoped his new home would be as awesome as Sandpoint was because Sandpoint was full of heroes… something like that. Then they all toasted the festival and the thing kicked off.
Foremost on (almost) everyone’s minds was getting their leg over. Corwin and Arradin found their dance partners pretty quickly, while the gnomes took some time to browse the festival before hooking up with the town’s few gnome ladies. Dagfinn, having been caught in a somewhat awkward situation this time last year, was delighted to find that the same young lady still had a problem in the “basement” that needed a good “seeing to” and this year her father was too busy running his stall to be watching over her shoulder.
As the evening descended festival lanterns were lit and dancing commenced, the children all shuffled off to bed. Varisians go in for dancing in a pretty wild and energetic way and are happy to teach the dances to newcomers, so the whole town became one enormous dance number for a few hours.
Corwin and Albedon got really very drunk, waking up not-quite in their beds in the Hagfish Tavern. Everyone else managed to at least crawl into bed/cosy basement love-nest before passing out. And so the town slept, the Festival over, a good time had by all.
Donn(ewgu)ybrook, a druid who had come to the festival, but upon whom the strong drink had little effect (which is good, because I bet drunk badgers are total arseholes) became aware that someone was running through the empty streets the next morning, calling out the names of the much talked about heroes. Following the noise he found an elven ranger, exhausted and wild eyed, talking to a sleepy looking Kerplak outside Kerplak and Lonny’s house. Tersplink joined them as Shalelu, friend of the party to the extent that she gets her own miniature, explained that a patrol of a dozen Stone Giants was making their way to Sandpoint with great haste and enthusiasm.
She set out to rouse the rest of the group while Kerplak prepared. As the rest of the party was gathered, Kerplak clambered up the walls of the Sandpoint Cathedral, the highest building in town. He saw three stone giants emerge further down the north coastal road and watched through his spyglass as they hurled boulders at the town’s north gate. Shocked by the initial impact, the groggy guards, who had been sleeping off a hangover, emerged from the guard towers in a panic before being told to go do something useful elsewhere because professionals were here to handle this…

The giants continued to lob boulders at the north gate, as the spellcasters started casting spells on them. Albedon called down a storm of ice while Tersplink flew over to them, catching a rock to the face for his efforts. Don assumed the form of a falcon and laid down an Entangle spell followed by a Lightning Storm, which works really well outside. Albedon let loose a Fireball spell but stayed above the parapet too long and took a boulder for his efforts, knocking him out and very badly wounding him. Dagfinn was on hand to save him… eventually. Tersplink continued to harry the Stone Giants, taunting them then Shocking Grasp-ing them. Don called down his lightning and fried them.

That’s really quite a robust portfolio of elemental damage – ice, fire, electricity – and Albedon showed his glass cannon status by whipping off some tremendously damaging spells and then going down like a sack of wet bricks.

Meanwhile, while the mop up at the North gate was going on; Arradin, Kerplak, Corwin and Don responded to a second emergent threat. Two stone giants were wading across the Turandarok river’s shallowest point, driving three dire bears before them. By the time Arradin and Kerplak arrived, the dire bears were menacing the local population while the stone giants were reaching in the windows, pulling out helpless townsfolk and stuffing them into bags.

Arradin, having sunk a potion of haste and then sprinted down arrived at the same time as Kerplak who was galloping along on the world’s least needy riding dog. Don arrived after them, but still at startling speed as a falcon moving all out, can really move. Pity poor Corwin then, who had only a dire hangover to keep him company as he puffed along behind these fast movers trying to catch up.

Arradin engaged the first stone giant and by engaged, I mean they exchanged the kind of hit points of damage that would turn Albedon to a sack of jellied bone shards. That was some monster truck head-on collision shit right there. Arradin had to activate her Sihedron Medallion to have a chance of staying upright under the tree-trunk assault of the marauding giant.Kerplak, meanwhile, experienced some kind of crossbow malfunction and accidentally deafened himself as he rode into combat range. After loosing a few bolts, he clambered up onto the roof of the Tannery beside the melee.Don, meanwhile, got hisself a bar. He cast Hold Animal on the first dire bear he saw, freezing it in place until it makes its saving throw. Then he cast Dominate Animal on the next bear, instructing it to go maul its handler, which it did, quite effectively. While handler and bear grappled for supremacy, the last bear left chomping on screaming townsfolk and tried to join the confusing fight. Don then flew back and healed Arradin so she could keep up the incredible slugfest. 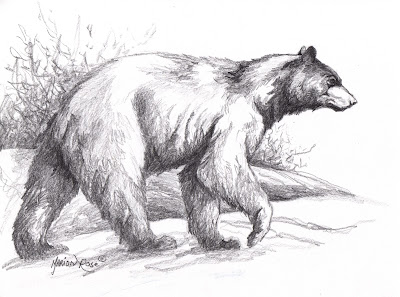 Corwin finally appeared and launched his magical spear at the giant that had so pummeled Arradin. The spear struck home with astonishing force puncturing the giant’s midsection, partially exiting its back and lifting the 12′ tall raider off his feet momentarily. He fell to the ground, dead and Corwin recalled his spear. That was some Olympian stuff, Corwin.

Back at the North Gate, the giant problem had been solved, but as a revitalized Albedon gained his feet, a terror descended from the skies, alighting on the roof of the Sandpoint Cathedral, its bat-like wings unfurling at the last second to slow its hurtling dive. A red dragon – mercifully not fully grown, but nevertheless a creature of majesty, malice and greed – roared from the rooftop, its mouth releasing a wave of furnace-hot air.

Albedon, being the cleverest of the three heroes that stood on the tower before the dragon, was shaken by the prospect of facing this new foe, perhaps his brain alone is capable of taking in what this new arrival can do… it certainly accounts for the confident nature of the stone giants. Dagfinn, meanwhile, used all of his Bardic attention-seeking tendencies, focused like a laser on the dragon to try to fascinate it. 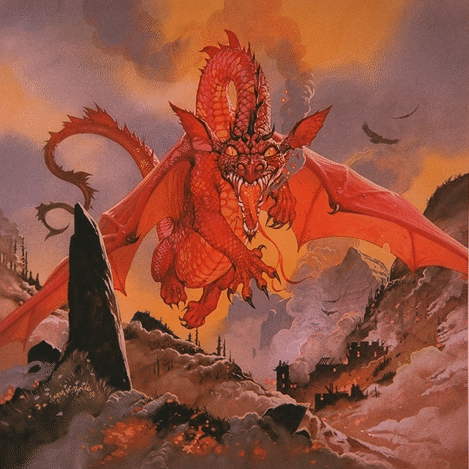 The dragon leaned forward on its perch, its eyes shining. Oh, it likes Dagfinn; it like him a lot.

And that’s where we left them: Arradin resurgent, Don the new guy, Corwin owning spear throwing and a deaf Kerplak wrasslin’ bars and another giant. Albedon shaken, Dagfinn fascinating, Tersplink kind of close to rock-induced unconsciousness facing off against a foe so iconic they named the game after him for decades.

So… good luck with that.

One Comment on “The Acts of the Lords of Rannick, XVIII”