The hat isn’t on: he isn’t singing. 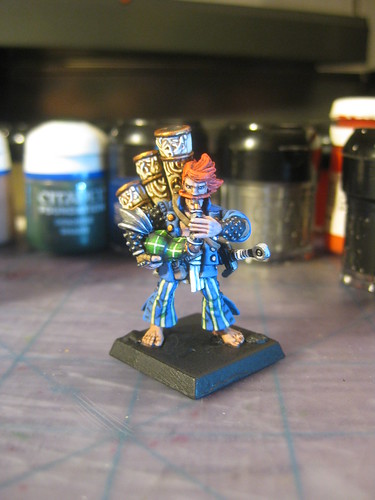 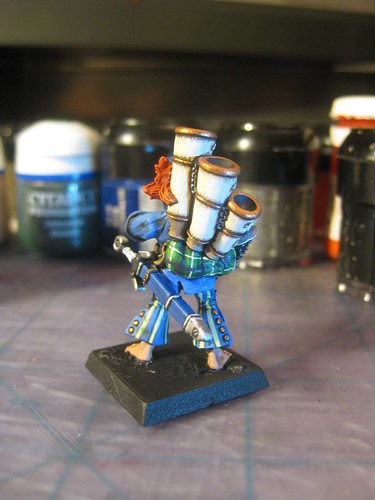 There is a lot going on here; stripes, tartan, buttons, spikes, scrimshawed bagpipe drones, red hair and one hell of a mustache. It took me a bit of willpower not to add any leopard print. Again the lighting in my house is weird. In comparison to the Reaper miniatures, which appear to be the result of a “Hey, you sculpted a miniature, shit, we’ll cast it for you!”, the Privateer miniatures are really, really well done. Very clean construction, even if the designs themselves are kind of bonkers… Where does one buy a one-armed coatee with giant buttons?

I went with the striped trousers and I really kind of like them. They’re probably not to everyone’s taste, but they’re the sexiest damn trousers I’ve ever painted. Instead of metal pipes with metal decoration, I went for carved horn. I figure metal pipes were probably just made in a pipe factory. But something of equivalent size, in ivory? That must have a story behind it.