The Acts of the Lords of Rannick, L

The long season of brutal treatment at the hands of the White Dragon continued last night. I’ll never understand GM/DMs who want to beat their players, because that wasn’t much fun for me, yet the Mouth of Winter was certainly beating them down relentlessly hard.
Other than what a badass he is (by design) and how awesome I roll (not by design), there are a couple of things that were against you lot in the first place:
1) The party was split. Tersplink, Halvard and Arradin were not there. This isn’t as important as you may think, after all, they represent one round of the Dragon really trying to destroy hit points. More people would have helped, but numbers by themselves weren’t going to.
2) You were ambushed. Environmentally, an open icy hilltop wouldn’t have been your first choice to fight a flying tank, I’m sure. You didn’t have time to plan for a fight against an ancient killing machine.
3) You don’t know much about Dragons. Well, nobody does; except to stay the fuck away from them. The Shoanti aren’t what you’d call a panicky people, so their “Here is how close you can get to that Dragon’s lair without dying” system of warning posts isn’t lightly done.
4) You had no debuffs on him, not a one. Not flanking, not flat-footing, not spells. That isn’t surprising, since he is very maneuverable, unbelievably perceptive and has spell resistance up to his eyeballs and about a foot higher. But still…
Getting chewed up by the Mouth of Winter.
.
Arradin had a weird couple of days. After relaxing in the ruins of Brinewall, she really only came too way later, by which time everyone else had gone. She hadn’t slept, but a largish chunk of time was missing for which she was unable to account.
.
Setting off along the river she made poor time, but eventually reached the cross-cultural salmon-trapping camp, at which Halvard lingered, doing some business. The pair set off again, trailing the rest of the group by most of a day. Eventually however they caught up to what the rest of the part was doing: dying at the feet of a White Dragon or fleeing the same fate.

Albedon and the unconscious Dagfinn were on the slope up to the hill, while Torgor lay comatose by the stones on the top. Don was fleeing as fast as his falcon wings could carry him and Kerplak had just attached himself to the dragon with little grappling hooks. People made of less stern stuff may have decided that this adventuring lark wasn’t really for them upon seeing the carnage below. Halvard and Arradin are not such people, charging forward, Halvard made better time until he hit the slope, sliding back down the first time, but skipping from rock to rock like a goat kid on the second try. Arradin’s shortcut was to down a potion of Fly and then Haste, launching herself into the air just as the Dragon did.
.
The Dragon flew straight up, until he was 200ft in the air. Kerplak, meanwhile, had been winched up and over the Dragon’s neck, firing his crossbow as he went. He twisted to get into a more useful position than upside down with his back against his opponent, but the Dragon tore him and his grapples off and threw him into the cold air. Kerplak plummeted to the ground in the blink of an eye, creating an excessively-curious-gnome-shaped crater in the ground.

I saw this outside a museum in Australia and couldn't stop laughing.

Albedon took advantage of the Dragon’s attention being drawn elsewhere to escape to somewhere more dangerous. Albedon likes a challenge. Dimension Door-ing to the top of the stairway carved into the side of Rimeskull mountain, Dagfinn in tow, he arrived on a frost covered platform before a huge skull-like face, its open mouth forming the start of a long cave. Two huge pillars of rough stone marked the head of the stairs that led precariously back down to the stone circle. The wizard began searching Dagfinn, who – despite being unconscious – miraculously reminded him to check his Handy Haversack, and Albedon pulled out some healing potion and got Dagfinn back in the land of the briefly living.
At this point, the stone pillars split and animated into earth elementals, one of them lumbering over to Dagfinn to squish him and the other pushing Albedon to the edge of the platform and then clean off it. Albedon didn’t go to Hogwarts to die like a common Gnome, however and his Feather Fall kicked in, causing him to float (still quite quickly – 60ft per round… I’m not sure the writers have ever seen a feather fall) to the base of the stairs.

Dagfinn, meanwhile Dimension Doored or Teleported or something, all I know is that it worked out to be a really cool way of standing up. One minute he is lying on his back, the next he steps out of a door 200′ away. That’s got to be a great spell for old wizards with bad knees. He (I think) finally got Torgor up and walking. Whipping out his grappling line, the bard cast the line over the gnome and started reeling him away from the combat.
.
The Dragon had descended, thrashing at the Wall of Force, which it didn’t much like. If it wanted a wall there it would have massacred a bunch of Shoanti and built a wall of their frozen bodies there. Arradin arrived via air and Halvard via the ground and both started trying to damage the Dragon. Arradin actually caught it a good blow, just below the eye, which did not endear her to it. Some foes will respect the martial prowess of their enemy in a bond of armsmanship: the Mouth of Winter isn’t one of them. Halvard, meanwhile, found that while Flamestrike didn’t seem to get past the Dragon’s spell resistance, Channel Negative Energy did and so he asked Gorum to hurt the Dragon, which Gorum did. The Dragon, annoyed now, bathed the area in supercold-breath, created an icy fog around himself, took Halvard down and shook Arradin’s confidence to the extent that she wasn’t able to fight him. Arradin, it’s not your fault. It’s not your fault. Arradin,.. it’s not your fault. Albedon, meanwhile added some supporting fire as he Mary Poppins’ed down.
.
Don, seeing that the tide wasn’t changing, but was at least washing up new corpses on the beach, returned. He shaped himself into a Griffdon and expressed as much as he could in only high-pitched, eardrum shattering shrieks, that it would be a good idea for Torgor to get on his back and flee with him. Torgor knows what’s what when it comes to shrieking eagle-lions and hoisted Kerplak’s bag of broken bones onto the back of the Griffdon (the one time the gnome gets to ride a magical beast and he is unconscious…) and the three flew off, as fast as Don could, to somewhere safer, which was anywhere, really.
.
Things became desperate for those on the ground now, but it was so desperate I can’t remember what actually happened. So I’m guessing.
.
Arradin (maybe) was knocked down, but got back up again (perhaps?). However that transpired, the Dragon made for Dagfinn, who attempted a parley with the offer of tribute. The Dragon listened with interest, at least until Albedon touched down and threw off another evocation spell, filled with fury at Dragons in general, but this one in particular. Negotiations concluded, the Dragon dispatched the Bard.
.
Albedon, faced with the Dragon, cast an illusion of an approaching Golden Dragon, which would have provided an excellent distraction if he hadn’t actually cast where the Dragon could see and hear. The Dragon has been around long enough to know what “Fakus Dragonus Appearium!” means. The Dragon recognised the spell being cast and struck Albedon down for his impudence (probably?) before returning to Arradin. Arradin reopened negotiations, but balked at handing over all of her magic gear.
.
Now I totally can’t remember the sequence of events, but it ended up that Arradin, her Fly still up, grabbed Dagfinn and flew off into the air. The Dragon gave chase. The Dragon was faster, but Arradin much more maneuverable, being able to zig and zag while the Dragon could only rush. As she evaded the Dragon, the Griffon Taxi returned, this time picking up Halvard and, since Halvard was way heavier than Torgor, kind of skipping around the shore of the lake, making clumsy landings as it tried to fly with something far too heavy in its claws.
.
Once Halvard’s body was secured a bit, the Griffdon returned in time to distract the Dragon from Arradin. Through some nimble flying it was able to elude the Dragon in the now dark sky, giving Arradin time to hide on a a rocky mountain ledge and Griffdon to escape to safety. Seriously, that was some Top Gun shit right there, but by a druid. Beast form? More like Best of the Best Form. 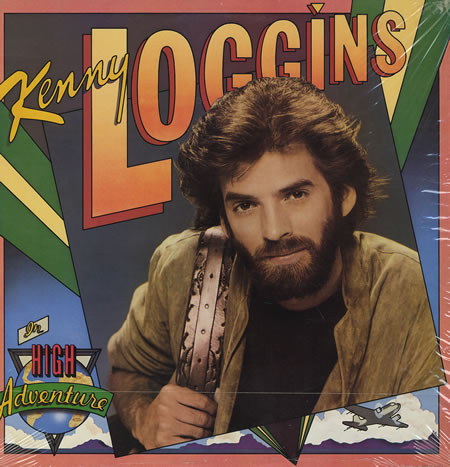 Arradin and Dagfinn healed up as the Mouth of Winter scoured the mountainsides looking for them, but eventually his roaring stopped. Arradin drank another potion of Fly and flew to the otherside of the lake, where she met up with Torgor, who had built a snow-covered hide in which everyone was huddled. (How did Albedon get there? I have no idea.)
.
As the cold night passed, healing was dispensed as much as possible and they waited for daybreak. The good news in all of this, is that they still had the Keys to Runeforge. Now they just have to figure out a way of getting to Runeforge without ever running into the Mouth of Winter any time too soon.

16 Comments on “The Acts of the Lords of Rannick, L”