The Acts of The Lords of Rannick, LXV

No killing last night, but quite a few skill rolls and some important legacy foundation work…

After the fight with the denizens of Leng and then the denizens of Leng melting away into green foamy stuff, the party made sure that they’d stripped the corpse puddles of their pouches of rubies and went on their way. This put a substantial new block of capital at the parties disposal once it was combined with the money the Pathfinders gave them for giving them access to Runeforge.

Some of that money was spent on outfitting and the dry business of buying enough food for the journey north. Torgor’s suggestions on what they should be taking with them came in handy. But some of the money went to other causes. Dagfinn met up with the Mayor of Magnimar and erstwhile employer (he sent them to go find out what was happening at Fort Rannick when what was happening at Fort Rannick was ogres murdering the occupants) for a chat.

Haldemeer isn’t doing great. The constant state of readiness for war is weighing heavily on him but he is holding everything together. As long as the situation doesn’t boil over into war, (which Korvosa might win, but which may also draw the attention of Infernal Cheliax if they see it as a chance to reclaim a colony) they may be able to wait it out. Korvosa can’t keep this up forever. To that end, Dagfinn and Arradin donated money to keep the troops fed/paid on the frontline, a donation of cash that was well received and timely.

For the donation, it made sense to allow Dagfinn to perk up the spirits of the new recruits and the Magnimarian garrison; so Dagfinn went along to a parade and gave a stirring speech about how they were all going to die.  *crickets chirping* *trembling sobs*

Arradin, passing amongst the troops on a more informal basis wasn’t able to refute the strong argument for imminent death that the bard had made, but she was able to pass on the timeless wisdom of “Today is a good day to die”. Mixed results is what I’m saying came out of that visit. 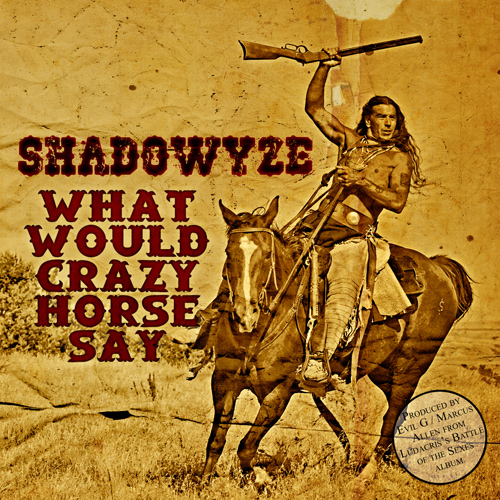 Crazy Horse coined TIAGDTD, it turns out, not a Klingon. That's boss, but I can't help thinking that the Indians shouldn't have been quite so open with their schedules..

Speaking of fucking things up, Kerplak started tinkerin’ with his gear. First he caused a toxic gas leak when he tried to reconfigure his climbing grapples. While he was able to salvage the harness and kit he lost a fair amount of pressurized gas and now does not know how much gas he has left to power the grapples. Slightly more successful was creating an addon for his crossbow (good old Vansaya, the first magic item? I think it was) that allows him to somewhat clumsily use the Chainsword (It has a name, I can’t remember it because no name is better than Chainsword) as an oversized bayonet.

In general the stay in Magnimar was very luxurious – as considerable celebrities and local heroes, Magnimarian society welcomed them with open arms. It was dinner parties here and invitations to soirees there; something of a whirlwind introduction to the cities notables from both the movers and the shakers categories.

Other than the hob-nobbing that was going on, they were getting some serious outfitting done. Everyone’s bespoke magic items were finished on time and general shopping was done, but they also did substantial outfitting. Climbing harnesses of the very finest kind were purchased, with Dagfinn frittering away his hard earned money on getting a particularly pimped out climbing harness. Bitchez love climbing bling!

Food was of particular concern as once they make it up onto the Storval Plateau, food is going to be tough to come by. They bought up enough to feed 9 people for a month and then split that amount between 4 bags of holding, with each bag being given to someone responsible. (There is one bag as yet unowned).

After all the provisioning was done, it was time to head back to Sandpoint, before teleporting up to Turtleback Ferry. Here Arradin did her best to help out with the local guard, which was a little unsteady on how they stood with Halvard’s militia. With some diplomatic wrangling, the guard’s minds were put at ease when the roles of the various groups of armed men were better delineated: the guard would defend and police the town, the militia would take over the guard’s old operations beyond the walls – farm patrols, road patrols and sweeps of goblin territories.

From there they ported to Turtleback Ferry to check in on everything. Turtleback Ferry was doing fine, fraying a bit at the edges with the military occupation of the area and tense at the prospect of war. Corwin’s Cross was flourishing – the goat farm had as much business as it could handle and the tavern – I don’t think we ever established a name for it, so it is just called Corwin’s Cross Tavern – is profitable. The higher echelon officers are stationed at the Tavern, so there isn’t much army drinking going on there, but townsfolk flock there when they need a break from the soldiers. The whole area in fact has profited from the military occupation and the influx of camp followers, the small numbers of refugees and freelancing tradesmen. All has been kept orderly by the imposing presence of Fort Rannick further into the hills.

Rannick itself has grown considerably with a small temporary camp set up beyond the walls. Lonny is doing fine. He said so himself. He waseven happier when they gave him the funds for the sailing vessel that he had been putting together for them. Kerplak was delighted to see two of his Ballista designs put in place on the Fort Rannick walls.

There was an engineering consult about the sailing ship that was being made – Kerplak and Dagfinn were concerned that the haste at which it was built and the new timber that was used would mean that traditional longship designs would be inadequate. Instead they suggested something more like the coastal vessels of Qadira which they had heard were designed to manage the water that they took on, not prevent water from being taken on like northern ships. They really dorked out a bit over the ship plans. Their modifications were sent up to Skull Crossing where the ship was being constructed and some small changes were made.

Once the ship was complete, having been constructed at breakneck speed, it was launched and the small crew boarded. Along for the ride were several soldiers to act as marines because nobody is quite sure what you are going to run into on the Storval Deep.

By the end of the first day, they’d already seen some crazy Thassilonian monument: Minderhal’s Anvil. A massive marble-pillared temple to the ancient god of the Stone Giants, it featured a representation of Minderhal himself, carved from the mountain-side as a stern looking Stone Giant seated on a throne. Beneath the huge throne, a series of forges and chimneys made up a massive, now long-dormant smithy. It was in sight of this imposing edifice that the ship pulled in and laid anchor for the night in the shallows. Shortly after sunset, a fire was spotted near Minderhal’ Anvil, a small campfire on the far shore.

Intrigued, Albedon sent Shortfang on an aerial reconnaissance mission. The Pseudodragon sped off across the lake and returned with like haste. Shortfang relayed that he(?) had approached the fire from a great height but as he neared he spotted two men standing guard high up in the air. Surprised by the aerial guards, he looped back around and returned. He was able to describe the men, however, as seemingly the same type that had sprung the ambush on them in Magnimar. They spent a somewhat uneasy night on the ship, listening to the faint piping sounds that drifted across the lake. 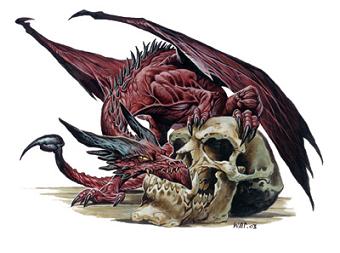 Thanks Shortfang! Now go chew on this skull.

The next morning they set off as soon as the sun was up and the wisdom of staying put after dark was immediately obvious as the ship narrowly skirted three massive fingertips, breaking the surface of the water from below. As they passed they could make out a pinkie tip just below the dark water’s surface and marvelled at the level of detail on the fingers – the stone was etched with loops and whorls to represent fingerprints. Of the Denizens of Leng, there was no sign that morning, but later in the afternoon they spotted them again, this time at the Spindlehorn.

The Spindlehorn is a thin pillar, rising more than 2000ft above the shore of the lake. It seems impossibly thin, wound around by a delicate looking stairway and topped by a flat platform. Dagfinn knew that the spire is sacred to one of the Shoanti tribes in the area, but the men capering at the summit did not look Shoanti. They chanted and danced around as the ship approached, the words unclear but underscored with the same piping refrain… tekeli-li, tekeli-li, tekeli-li…

The waters Storval Deep by the ship began to swell upwards, the collapsed in a boil of roiling lakewater. As the crew steered it towards the shallows, a monstrous head reared from the water, accompanied by a writhing coil of tentacles. 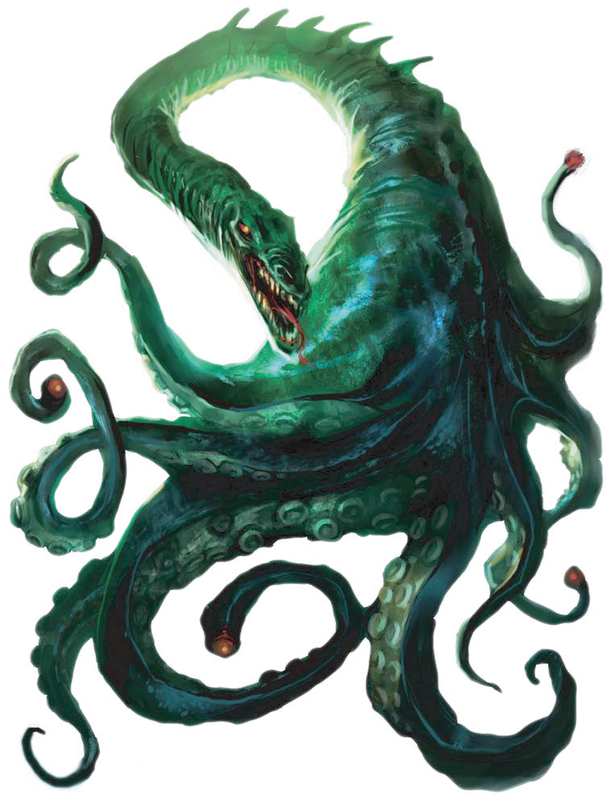