Acts of The Lords of Rannick, XLIII

Soft beds and decent warm meals have been a rare luxury for our intrepid band recently, having spent so much time in the dangerous environs of Warmongering Stone Giant Central for so long. One must assume that it was with a certain relief that they took in the hospitality of Sandpoint for one evening before putting their adventuring gear on one more time in service of the town. Arradin and Dagfinn went looking for some short term companionship amongst the townsfolk while Albedon sought out healing and bought out Father Zantus’s supply of healing potions.

Come morning though, it was back to work.

The sinkhole that had opened up next to the Sandpoint garrison was 30′ wide and about 15′ deep but ended in a slight opening onto a further passageway/tunnel/cave. The area had been cordoned off, to stop animals and children falling into the pit, although the spooky howling that emanated every night worked to do that too. As they prepared to safely descend by securing ropes, their adoring public showed up to wish them well and see them off.

Kerplak led the way, slipping easily into the passageway at the bottom of the sinkhole. Shimmying along the diagonal rent in the earth, they emerged in a spiral staircase. The staircase’s ascent was blocked by fallen rubble, but continued down into darkness. As they progressed, the stairwell became choked with thick spider webs. Submitting the web to all manner of fast-analysis, they deduced that the webs were magical in nature, and that there were no web strands cut away as they’d expect there to be given that five men had ventured down this very passageway a few days ago. Methodically removing the webs with low level magic, they made their way to the bottom of the stairwell. And there was nothing there.

I mean, there was a secret door, but they didn’t know that at first. After thoroughly examining the termination of the stairs, they deduced that this area had recently been excavated and also that someone was really good at hiding secret doors. Kerplak checked it for traps and then pushed it in, revealing another narrow tunnel beyond. Further than that, they could not tell, because the passage was choked with a dense fog.

The way lit by Dagfinn’s torch and Halvard’s enormous glowing sword, the fog eerily swallowed up anyone who moved further away than 5′. As they progressed out of the passage and into some kind of room, Don whipped out the Staff of Heaven and Earth and created a strong wind that sucked the fog out of the room, down the passageway and into the spiral staircase. Thinking about it, that must have looked pretty foreboding to the Sandpoint spectators. 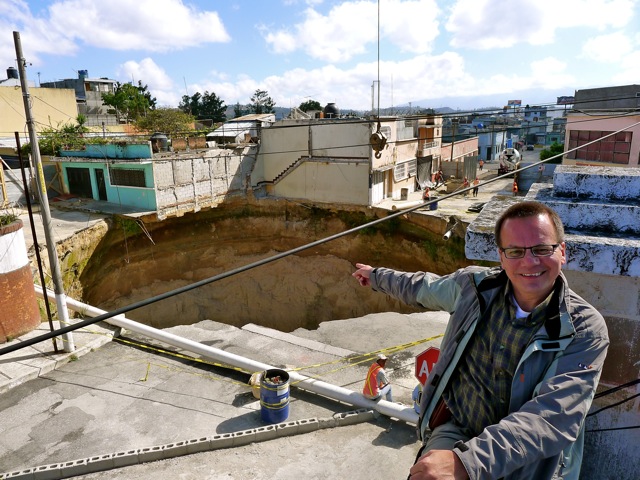 "Ooh, did you see that fog shoot out of there? Shit just got real down there."

No less foreboding to the party because Don had revealed a room, damaged to be sure, but still structurally sound. And every inch of available space was covered in writing of some sort. Small spidery runes were mingled in with large expressive runes, painted in ink, blood, paste of some sort or scratched and carved into the stones. The room seemed to continue on to some larger space ahead, while to their left was a set of stone doors carved with the aspect of Lamashtu, the three-eyed jackal’s head. To the right, another small passageway.

As they stood, taking in the view a raspy, halting voice issued from… well, all around them really. “To which tribe do you belong?”. There was a pause while they started to confer amongst themselves. But Dagfinn answered. He answered bullshit. Something about Lamashtu, but then also something about the Cattlers of something or other. The point is, it wasn’t true. Dagfinn wasn’t just pulling this out of his ass; as the only person to read Thassilonian, a quick glance at the writing beneath his feet revealed prayers to Lamashtu. That’s maybe not the extent of the contents of the text, but it made up a sizable portion from first glances. Kerplak checked for traps on the enormous jackal-head doors and finding none, moved in to a wide collapsed hallway beyond with Arradin, Torgor and Halvard. Torgor stood watch while the others searched the smooth walls of the hall and came up empty for finding anything of interest. Meanwhile the fog was slowly seeping back in and Albedon and Don worked to identify the source of the fog. It was determined that it was the result of a spell that protected buildings, but upon attempting to cast Dispel Magic on it, Albedon found that it would not budge.

The voice was back too. “What metal do you use to tip your spears?”. “Iron!” replied Halvard.

“What happened to Thassilon?” “It awaits to be reborn by Runelord Kazzoo… Karzoo… Karzoug and the armies of Xin-Thallas… Xin-Phallus… Xin-Shalast.” replied Dagfinn, showing an excellent grasp of the overall story-arc situation, if not the Proper Nouns involved.

Don, had been plumbing the depths of the returning fog by tossing a glowing returning dagger into it, but when that had failed to divulge much information (and everyone was ready to move on) he used the Staff of Heaven and Earth again and cleared the next area of fog.

The sudden exposure came as a surprise to the Glabrezu demon, who had been standing there kind of smug, waiting for the party to stumble right into his pincers. He was probably rubbing those little t-rex hands with glee. He was surprised, which allowed everyone to charge forward and lay into him with sword and spells. Not arrows though; Torgor started a fairly astonishing run of being unable to land a hit on the demon with his bow. The demon had a lot of damage resistance abilities, but those noble souls who were fundamentally well-intentioned at heart and who aligned themselves with the universal forces of good found that their hits landed a little harder on a being whose sole purpose was cruel treachery.

Tersplink, who had been stationed at the rear of the party, (so far to the rear in fact, that he sat eating breakfast in the Rusty Dragon) arrived to help out, casting Haste to help out and then hiding and buffing everyone from a safe distance, landing a crucial Displacement spell on Arradin and casting Bull’s Strength and Fly on Halvard.

The initial shock and awe attack on the Glabrezu took him down pretty quickly as all of the big spells were brought out against him. A Fire Elemental even popped up out of the wild ether to help out, so impressive was on of Albedon’s ray spells. But he wasn’t taken down before he had summoned a friend. The second Glabrezu, Glabreztwo if you like, played things a little more savvy, casting Reverse Gravity to get rid of the pesky flankers that were keeping him from opening the tin-can that is Arradin. Fortunately for the demon, Arradin’s greatest enemy was herself, fumbling around while the demon’s pincers nipped at her armour or struck home where she’d just displaced from. The demon took time out from ineffectually fighting Arradin to reach out and snip consciousness out of Dagfinn.

The ceiling now the new floor in the eastern section of the floor, Don caught a pillar and slid gracefully down to the ceiling, while Torgor, Halvard, Albedon and Kerplak got there a bit faster and less gracefully. Halvard had survived the first Glabrezu with the help of a Bear’s Endurance spell and once buffed by Tersplink rejoined the fight.

Kerplak and Torgor were having shit luck with their missile support. Assuming that the Touch AC is what it takes for an arrow to actually make contact (albeit ineffective contact) with someone, Torgor wasn’t even hitting this Huge creature for most of the fight. Most of the fight doesn’t mean much though, it’s really only the end that counts. And after Halvard and Arradin had set about it with swords and divine smiting, Torgor sent an arrow neatly through its heart, causing the monstrous being to disappear in a puff of smoke that smelled of sulphur and Gitane cigarettes.

The Reverse Gravity spell wore off and Dagfinn was attended to and as they picked themselves up off the floor and caught their breath, the fog rolled back in…

What the Glabrezu looked like, before Torgor gave love a bad name.

← Magnimar Shopping
The Other One →

5 Comments on “Acts of The Lords of Rannick, XLIII”