The Acts of The Lords of Rannick, LXXI

I was kind of down last week for Pathfinder, worries about work and stuff, you know, the weight of the world. And that coincided with the not particularly action packed part of the journey which meant I couldn’t just lean up against some meaty encounters. So I thought I was a bit boring. When things finally got going, it was late, we had to finish and that made me a very sad panda indeed. Weight of the world debuff, reapplied.

However, for the few hours that we did play, although nothing much got done, I had a good time; a steady stream of dick jokes, chinese food and Premo will do that for me.

Okay, now I have to cast my mind back through the gloom, hang on…

After the attack by the Kuchrima was fended off, leaving most of the revolting condor-harpy-things dead across the mountainside, the Yeti arrived. They stood watch while the little Secure Shelter was conjured into being and then everyone piled in and caught a good night’s sleep.

The next morning saw the last day of flying before you get into the crazy mountainous part of the range, just when you thought it couldn’t get more mountain-y. Nevertheless, the flyers encountered a somewhat out of place alpine meadow, a small valley comparatively low and sheltered from the swirling winds and drifting snow from the peaks. Of course they were suspicious, because it was nice and nothing else really has been nice. There were streams and scrubby grass and hardy wildflowers. The yeti weren’t thrilled, because their camouflage doesn’t work there, but you fly where you want, breakfast providers.

Kerplak had managed to shake his Filth Fever, so that was good.

But the next day saw them move into the area in which the Vekkers had received their starvation induced vision by the full moon. And that place is really high up. Cold checks were made, with Arradin feeling the nip in her toes and fingers. On top of that, altitude sickness was starting to get to people, inability to pull in enough air causing an all round drain on them. Then on top of that, Arradin, Dagfinn and Kerplak were starting to starve. Kerplak’s adorable little belly was all grumbly and shit.

Several solutions to the lack of air problem were proposed, the most dramatic of which was to seal the Secure Shelter and then summon some Air Elementals, which would certainly boost the air pressure for a while. But they settled on Tersplink teleporting back to Magnimar and buying a Bottle of Air.

A bottle of air isn’t just a bottle of air, otherwise anyone with an old bottle and a cork could apply to be a mage. No, a Bottle of Air puts out a steady stream of air, such that one person could breathe from it even if they were underwater. In the sealed Secure Shelter, the benefit would be that it would bump the air pressure up, enough to alleviate the altitude sickness. Also, Tersplink can carry it around the rest of the time like a flying alpine Jacques Cousteau. Regrettably, he can’t puff-puff-pass so while you’re swooping around, you’re still getting altitude sickness.

(N.B. The author of this slice of RotRL evidently researched this quite a bit because he originally added rules based on the actual effects of extreme altitudes – like blood pooling around your lungs to get oxygen in such density that it actually bursts the blood vessels and starts filling your lungs with blood – or blood gathering in your brain, increasing the pressure up there and eventually squeezing important bits of your brain through the holes in your skull.)

So that -1 all stats looks pretty lenient in comparison, right?

Anyway, the worst of the temperature, deprivation and altitude were fended off  (save for Kerplak’s aching stomach) come the full moon. Of course they had to leave their Secure Diving Bell to go look at the full moon… But as they did, Dagfinn dropped some serum. 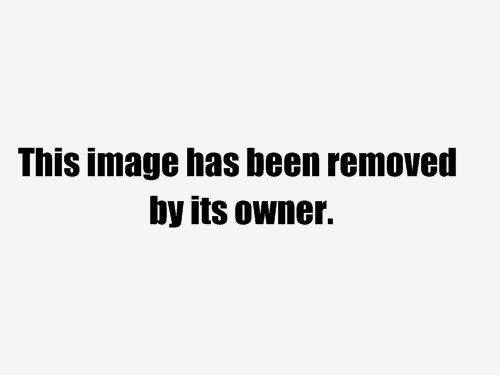 Outside, the moon was full and the mountains cold. There wasn’t a whole lot of space to walk around on this high up in the mountains, so they stood around looking about.

Kerplak saw the ghostly river shimmer into view, snaking its way above the real river Kazaron. He could see it for about two miles before it faded from view, but after a while it was visible and obvious to him, the moonlight sparkling off its ghostly waters.

Dagfinn also saw the river, bending all his will to controlling the dimension of time into which he was now gazing. The river he saw was not ghostly, but sparkling in the moonlight all the same, couched by stony river banks. Where Kerplak saw the river pass into the and out of the mountain sides, Dagfinn saw the mountains rearranged and the river winding around them.

Dagfinn’s trip went pretty bad. Across the vast sweeping mountains walked a thing not of this reality, a massive version of the Hounds of Tindalos that you had fought beneath Jorgenfist. Its eyes swept the landscape as it strode amongst the peaks and everywhere it looked, space rippled and reality was torn apart. Mountainsides erupted in cascades of rock and snow, avalanches slid chaotically across the slopes and Dagfinn had the terrible memory/premonition that the thing was looking for him.

They set to following the river as soon as Dagfinn couldn’t see the Thing Tearing Apart The World With Its Eyes and Kerplak found that he could see the river, albeit only about 2 miles in either direction, as they travelled further up it. In fact, he could look away and still see it when he looked back and he could see it after the moon had gone down, it actually retained its ghostly moonlit sparkle.

They spied a mountainside covered with bodies, humans mostly, but many corpses of many races, strung up and left to decorate the frozen rocks. On closer inspection, they couldn’t tell when they’d been put there or how they were killed, but they could spot obvious brands of the sihedron rune on their frost-rimed bodies.

Further ahead, the discovered the Icemist fen. A partially frozen swamp from which the mundane Avah River now flows. Kerplak could see, however, that the spectral river  continued north into the mountains. Looking around for a decent place to set up a Secure Shelter, they found precious little solid land at all, just icy tufts amid the treacherous frozen-but-not-too-frozen pools. As they searched around, Dagfinn casually mentioned the difficulty of finding a place in the fen and was promptly turned into an otter. Otter Dagfinn retained his personality, but was otherwise…

There was a titter from the undergrowth and when Tersplink attempted to catch the titterer with a Entangle spell, he was turned into a Lesser Spotted Rushweaver. He landed on a rush frond and twittered. Dagfinn cast tongues on himself in order to better communicate with the titterer and introduced themselves. At this point, a tiny naked blue fey-woman appeared among the rushes. You’d be forgiven for imagining that the altitude sickness had affected everyone when they all saw an Otter and a tiny blue woman chatting by a frozen pool. She recognised the party as the people who had laid the spirit of Myriana to rest in the Shimmerglens. As a cousin of Myriana, she had felt the Ogres torture and kill her and had also felt her spirit’s easing as the party returned her lost love to her. Like Myriana, Svevenka is a nymph who rules over a small area of swampy land.

Svevenka, Queen of the Icemists, told them that traffic in the mountains was substantial, with giants arriving every week or so, heading to the city. She had never been, was never able to, but she did know that the city lay in some ambiguous kind of state between two planes. She had also long ago met and heard news of a race native to the city, called the Spared. If the party went to the city with the intent of toppling its rulers, it should seek out the assistance of the Spared. She believed they would be friendly to those aims.

She also set them up with a place to create their Secure Shelter, a small island large enough to hold the cottage. (I’m not going to post an image of her here: suffice it to say that if you’ve made it this far in the internet, you’ve probably got a good idea what the colour blue and a naked lady looks like. Put the two together and you’re golden.)

Familiar now with the problem, everyone flew back to the Icemists and after several failed attempts (including tying each other together which totally didn’t work) they were able to get everyone through… whatever. Everyone existed on the same plane of existence, let’s say that.

This ate up the fly spells quite a bit, however, so when they saw a glittering road emerge out of the scree slopes and snowdrifts, they were pleasantly relieved. I say glittering, it wasn’t bonkers shiny, it was just glinting a bit more than it should. Upon landing they found that this road had once been paved with…. flagstones! But the flagstones had presumably been covered in gold. Now pitted, uneven and cracked, the flagstones kept only occasional flecks of gold coating. The ruined road lay beside the stone-choked gully that Kerplak could see the ghost river flow through. Spatial anomaly, ghost river, gold road, everything was looking great. The only thing that would make this seem more like they were on the right track was if they encountered some servants of the Runlor-…

FROST GIANT TO THE FACE!

Emerging from a cave on the slope, a Frost giant bounded down to the road to meet the party in bloody combat while some Cloud giants limbered up some rocks for some long range, but probably no less bloody ranged combat. The party collectively tried to remember the priceless advice that Torgor used to give them when fighting giants. Was it “Shoot them in the halls”? “Malls”? Damn, they were out in the open… and not a Mall in sight. Arradin elected to hit them in the talls, wading in to trade longship-splitting blows with the Frost giant. Dagfinn held the line too, casting Discord and Tersplink and Kerplak went airborne.

Tersplink caught a rock with his face but that didn’t stop him from summoning a pair of celestial rhinos: celestial animals are the best.

Kerplak activated his ring of Invisibility to enable a sneak attack, only to critically damage his crossbow; beautiful Vansaya, which he had purchased from Sandpoint at the very start of this game as soon as his little mitts had got themselves on enough of other people’s money.

The situation when we stopped for the night – four Cloud Giants, one Frost Giant and a stack of buffs going up against the stack of debuffs the party picked up just getting here.