I’m tired of your double-talk Adrianne 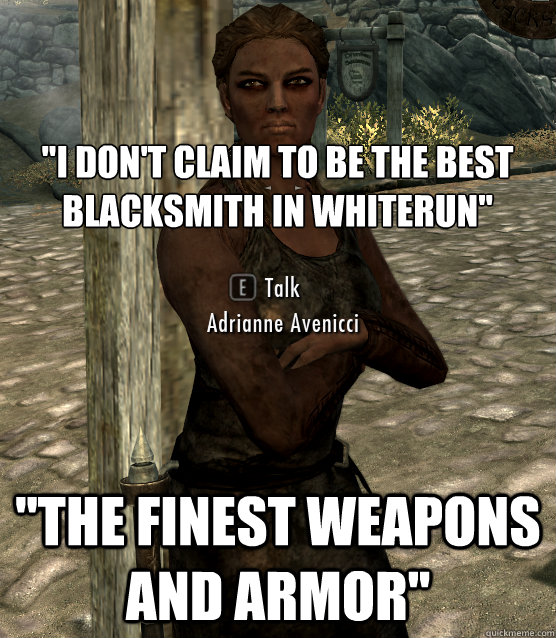 Quit waving those superlative adjectives around then!

In the somewhat likely event that we’re still Rising with the Runelords* come early October, gaming will be switched to a TUESDAY night. Because I’ll be taking Blacksmithing classes.

It might get switched back really quickly as I discover being a blacksmith is hard on your arms, but I’m going to try to see it out all the way to December.

unless everything goes faster than I imagine, you’ll wrap up RoTRL in October, then we dick around again and I’ll plan on starting another Pathfinder game in December or January.

This time, with all-wrought-iron dice! THUD.

*Sounds like a really dreadful morning show on Druidjazz radio. “Hmmm, those were the smooth sounds of The Elk Talisman trio, starting off our morning just right with their interpretation of Nat King Cole’s Nature Boy. My name is Runelord Moonwolf Ashlimb, with me in the studio is Runelord Deerstartler Twig-and-Berries,  we’re going to keep your misteltoe trembling all through the sunrise salutation as we Rise with the Runelords here on Druidjazz FM. Now, more joyless noodling by self-indulgent musicians…”

6 Comments on “I’m tired of your double-talk Adrianne”